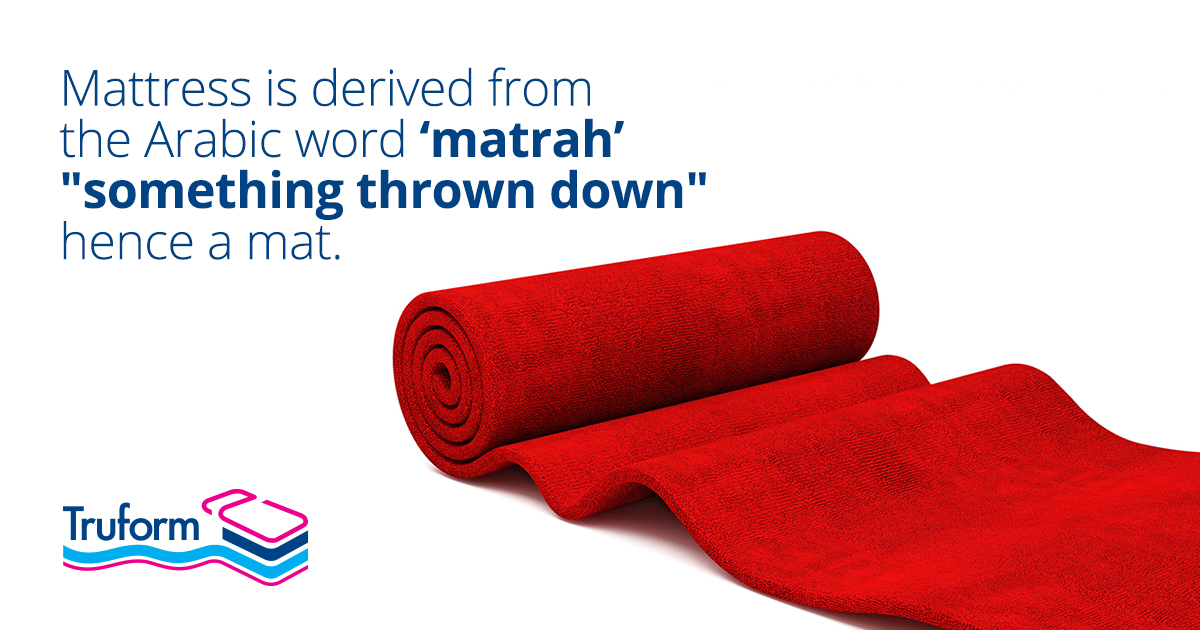 Mattresses – a great invention with an interesting past

Mattresses – a great invention with an interesting past

As we are now in the midst of winter we probably all spend a bit more time in bed, snuggled up with a good book and hopefully on a good comfortable mattress.

We often don’t realise it, but we spend about one third of our lives on a mattress and so it is probably the most used piece of furniture in any home. Little wonder then that we expect a mattress to be not only good for posture and comfortable – but certainly made to last!

What’s in a name?

The Mattress has an interesting history, but how did it even come to be known as a mattress? According to Wikipedia “The word Mattress is derived from the Arabic word ‘maṭraḥ’ which means “something thrown down” or “a place where something is thrown down” and hence a “mat, cushion.”

Where did it all begin?

Wikipedia also says that “During the Crusades, Europeans adopted the Arabic method of sleeping on cushions on the floor and the word materas eventually descended into Middle English through the Romance languages.”

The oldest known “mattress”, according to National Geographic, dates back 77,000 years, and was found right here in South Africa – now that’s a long time ago!

What were they made of?

The very early mattresses obviously were all made from and filled with natural materials like straw, grass, bird feathers or even horsehair. The innerspring mattress was invented in the early 1870s by Berliner Heinrich Westphal using metal coils, originally designed for the seats of horse-drawn carriages, to make a new kind of mattress.

There are today many types of mattresses of course, and they all have their own history. Memory foam mattresses, for example, were invented by NASA back in the 70s to initially create more comfortable and crash-resistant seats in airlines. Latex foam, the material most used in mattresses, was a Dunlop company invention and they spent five years turning latex to foam!

Then there was the battle of the elements! The famous waterbed it is said was invented way back in 3600 BC by the Persians who slept on goatskins filled with warm water – and the Airbed (with adjustable internal air chambers that can change the feel of the bed) can be traced back to 1896.

What is a great mattress of the 21st century?

Without a doubt, in this day and age, the luxury and complexity of a truly great mattress can be found in every Truform mattress. Just a few of their unbeatable qualities include: SABS approved parts in all mattresses; affordability without compromising quality; the highest gauge wire and highest spring count in every mattress and an additional comfort layer under the quilting that makes their mattresses firmer, more comfortable and orthopedically superior.

Wherever mattresses may have come from, or however they have evolved, Truform have kept firmly abreast of the times and you need only find a dealer near you to discover the best there is under the Truform label. Keep warm – keep snug – and especially keep safe! 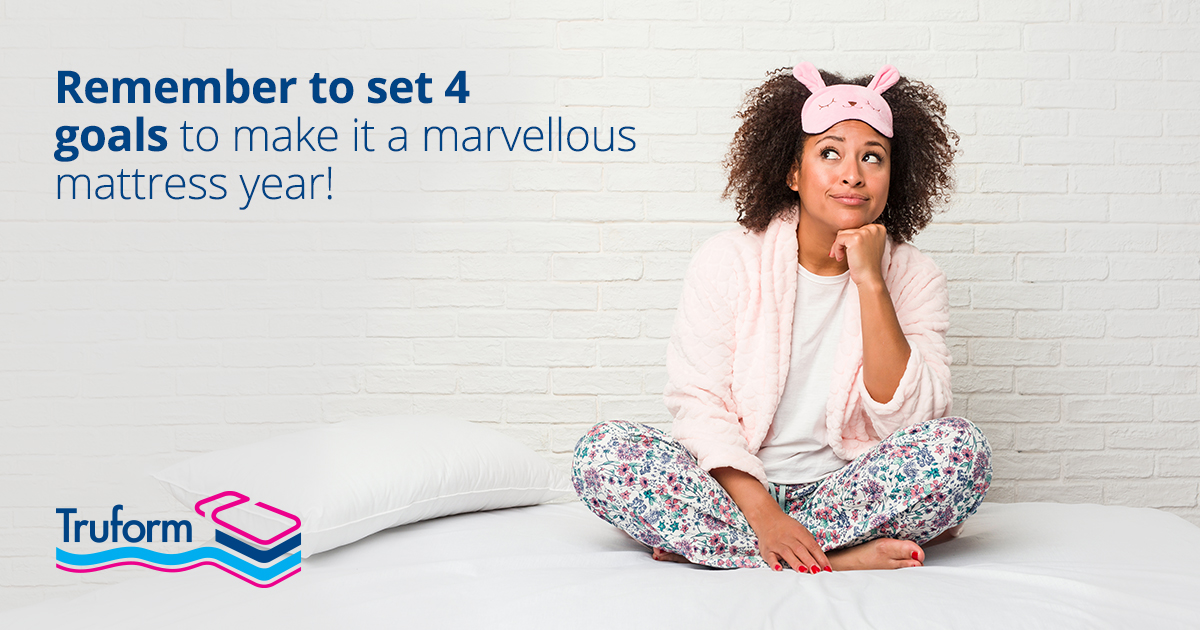 4 goals to make it a marvellous mattress year! 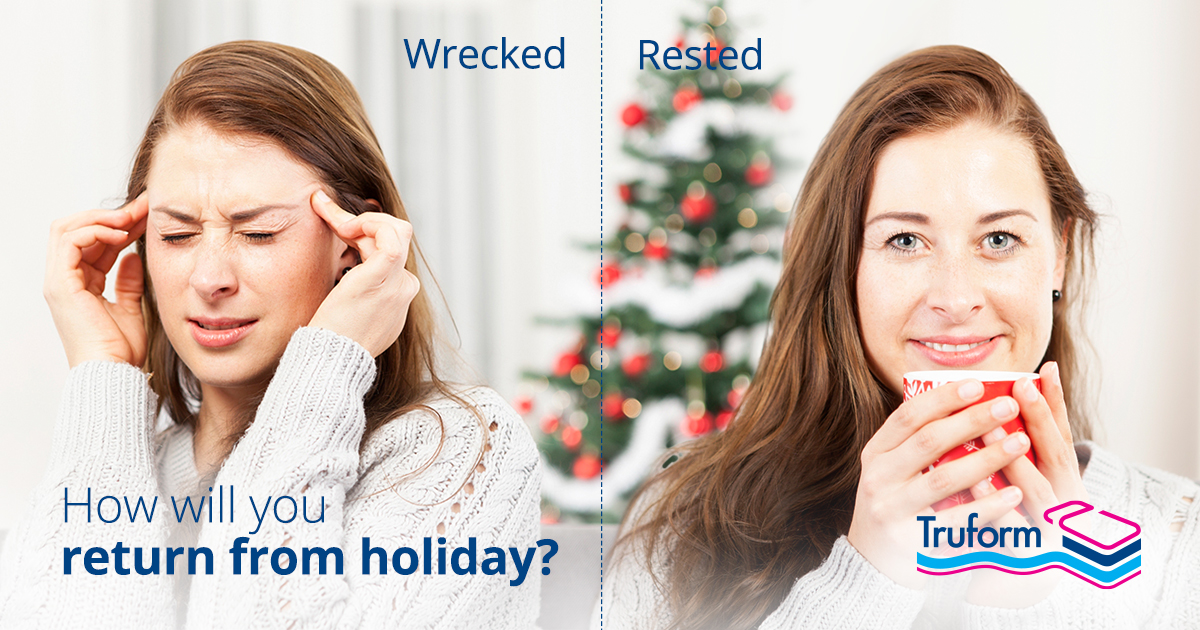 Will you return from holiday rested or wrecked? 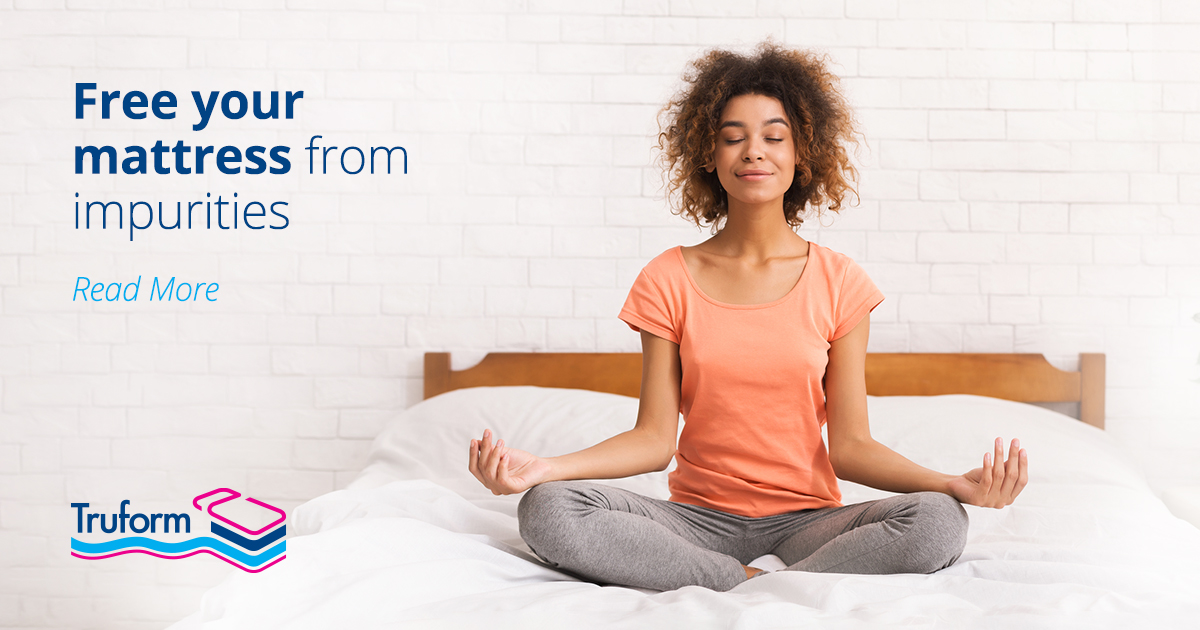 Health and hygiene are essential for mattresses too! 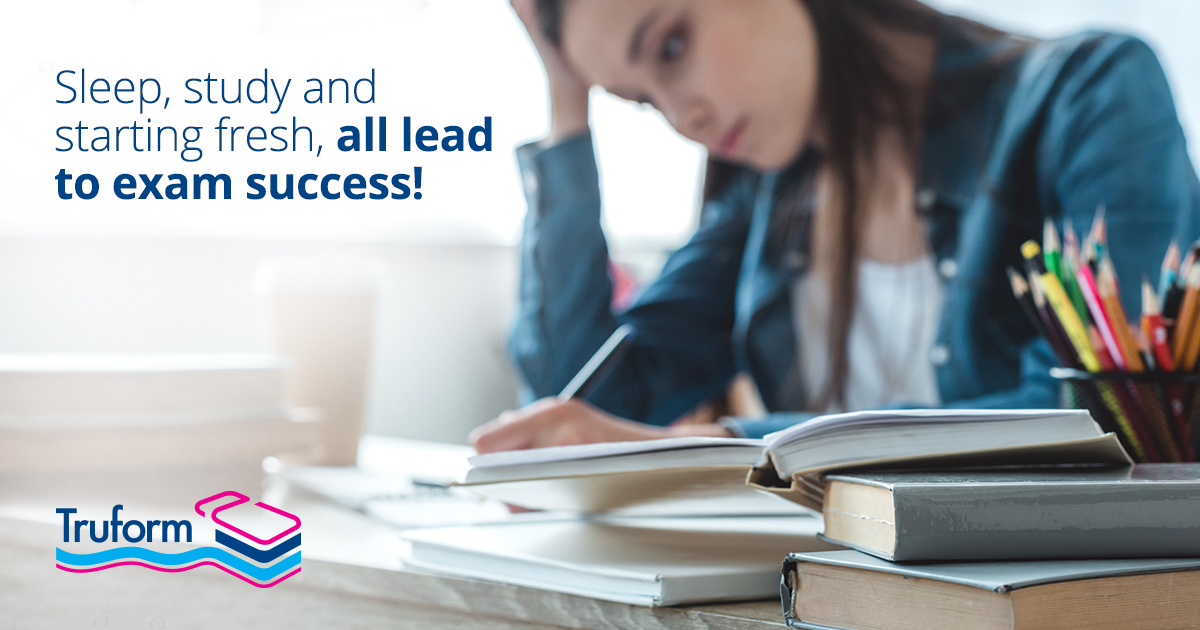 Sleep, study and starting fresh all lead to exam success!

Switzerland high-class watchmaker Richard Mille has long been the development tariff of up to seven-digit amazing wrist watch is well known, and after this, the company released the new RM 11-02 Plane Dark automated give back occasion twin time zone minimal enjoy. This particular observe can debut from richard mille replica The philipines Town in 2010, Alta International Hair salon (SIAR) inside California, without doubt, for that worldwide tourist, it's the easiest and practical gun.Precise Richard Mille wrist watches replica.
wpDiscuz